In what is being described as huge news for the FM industry, and for the provision of vital public services by private contractors, Interserve announced this morning that the merger of their support services business with Mitie is now complete. Read below for the breaking news story from Sky News and press release from Interserve.

'Two of Britain’s biggest government outsourcers are locked in talks about a merger of their support services arms that would create a business employing more than 80,000 people in the UK...

City sources said Mitie was expected to launch a £200m rights issue to help fund the deal and strengthen the balance sheet of the combined group.

They cautioned, however, that a deal had yet to be formally signed and could still fall apart.

If confirmed, the combination of Mitie and Interserve's support services businesses would create the largest such operation in Britain, with over £3.5bn of revenue.'

Completion of the transaction is subject to certain conditions, including approval from Mitie’s shareholders. Should these conditions be satisfied within the expected timeframe, the merger of Interserve Support Services is expected to complete by the end of this year. Mitie will also be engaging with the CMA as part of the merger process.

Interserve and Mitie are both leaders of the UK FM outsourcing industry. The combined organisation will be uniquely placed in the UK market to deliver best in class, market leading services to customers. Interserve’s expertise in delivering frontline critical public services together with Mitie’s pedigree in delivering technical and business services to the private sector will enable us to share best practice, innovation and technology to the benefit of our combined extensive customer portfolio.

The combined organisation will be evenly balanced between the public and private sectors and will be the largest facilities management company in the UK, employing over 77,500 people.' 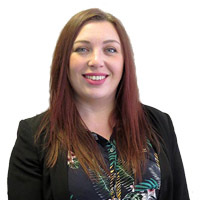 'This will be welcome news for the Government, especially with the additional scrutiny on private outsourcers offering public services – stability and healthy balance sheets are what the industry sorely needs as it continues to recover positive public opinion from the fallout of the Carillion collapse. However, it is unlikely this will be welcomed by the wider FM community where this merger will only decrease competition and could drive down prices even further. There is also a worry that as the two companies combine their resources, the resulting restructure will lead to redundancies at a time when jobs are already in short supply as we recover from the Coronovirus crisis.'