The FMJ reported earlier this month about how Cleaners at the Ministry of Justice and Royal Borough of Kensington and Chelsea were planning to strike for the first time over low pay and unfair working conditions.

The strikes affected Kensington and Chelsea Town Halls, which took place on Tuesday 7th, Wednesday 8th and Thursday 9th of August and at several Health Care America locations at the end of August. Have you prepared for potential strikes in your business?

The workers, who are mostly Portuguese and Spanish speaking Latin Americans and Africans from Colombia, Brazil, Ecuador, Guinea Bissau and Sao Tome & Principe are members of the United Voices of the World (UVW) trade union. 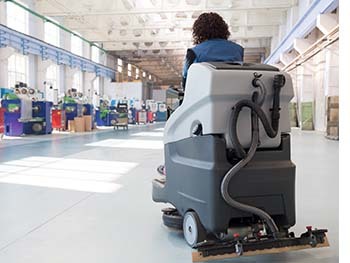 The Ministry of Justice (MoJ) cleaners work under the OCS contract at three MoJ sites including the Headquarters at Petit France. The strike ballot and vote there saw a 100% turn out and a 100% vote in favour of industrial action.

Dave Wilson IFMA Fellow and a Director at Morphose commented; “When contractors are prepared to pay minimum wage and clients are prepared to let them, it’s no surprise we have had a race to the bottom on staff wages from outsourcing. This has to stop if we want good service and staff retention.”

He added: “Since RICS launched its FM procurement guidance with an emphatic on ethical buying, I firmly believe that fair pay for staff is a critical issue for our industry. It is, in my view, as much of an issue as making sure that contractors don’t routinely underbid and then go bust.”

Read the full article from The FMJ here